Singing in the Streets? 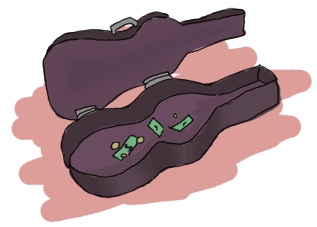 All forms of street entertainment, commonly referred to as busking, are viewed as an important part of the musical and cultural heritage of the borough, providing a means for new talent to be discovered, while adding to vibrancy and character of the area.

However, in recent months Camden has received an escalating number of complaints from residents and councillors regarding disruptive busking activity.

Camden believes that nuisance has been caused to local residents and businesses from the use of amplifiers and loud musical instruments, and that there is potential for nuisance to be caused in any part of the borough. Camden also believes that on some occasions there is a risk to safety of people using the street, and that increased opportunities have been created for crime to occur, such as pickpocketing.

Camden does not currently have an agreed policy on busking and has not previously adopted the specific legislation available which would provide the necessary powers under the London Local Authorities Act 2000 (“the Act”).

Camden are currently considering options for a Street Entertainment Policy, and  would like to hear your views so they can be taken  into account before making a decision.  Proposals include adopting legislation to enable the to issue busking licences for some types of street entertainment throughout Camden.

There are many options available to the Council in creating this new Policy, and your views are welcome  on all parts of Camden's proposals. The key Policy proposals being made are:


The requirement for needing a busking licence will apply across the whole borough.

Maximum permitted times are proposed as 10am to 9pm

A busking licence will normally be issued for 12 months, and permit busking anywhere in the borough

Standard conditions will be applied to all licences, which place the onus on the performer to choose a pitch that is suitable for the nature of their performance, and which prevents the use of amplifiers and some instruments, such as drums and brass bands.

Click this link for more information and the online consultation