We all consider our neighbourhood of Holborn as a thriving community.  Local author David Mathieson reminds us that it wasn't always so. In his timely book, Radical London, he takes us back to the riots and unrest of the 1960's which saw the most appalling violence and destruction. From Red Lion Square to Bedord Row and Theobalds Road there was destruction.  And the cause of this civil unrest - lack of enough decent affordable housing. Sound familiar? 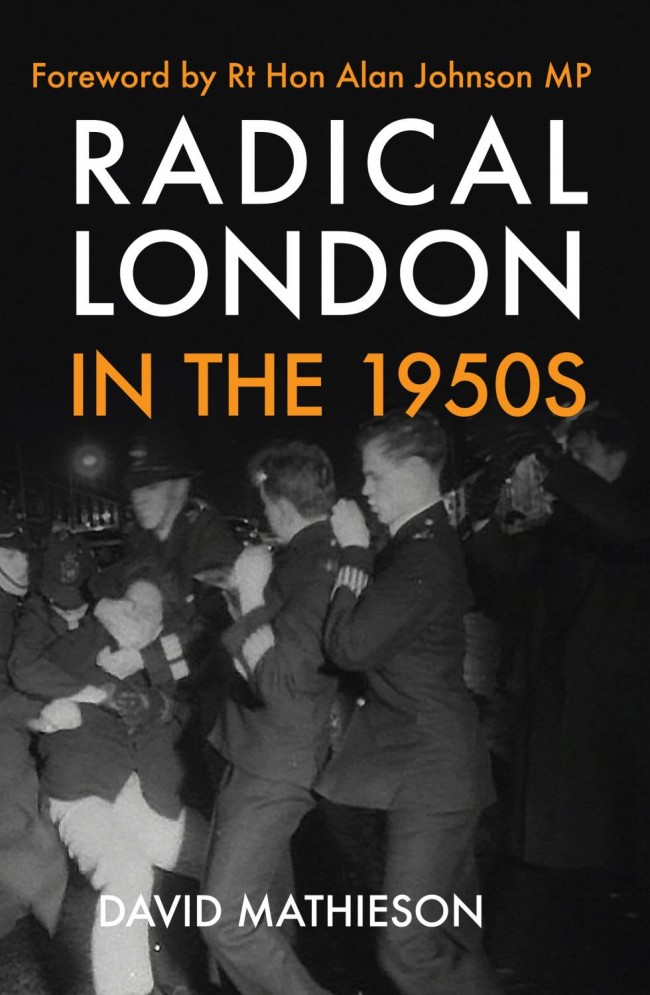 In September 1960 the central London district of St Pancras was convulsed by rioting. What had begun months before as a peaceful protest about the lack of decent housing spiralled into some of the worst street fighting ever seen in the capital. The violence shook the nation. All Metropolitan police leave was cancelled, MPs demanded an emergency debate in the House of Commons and a horrified Home Secretary used draconian measures to quell the unrest.

The popular image of post-war Britain is one of peace and prosperity but the disturbances in St Pancras reveal a very different history. This book explains the full story behind the riots as one ordinary community in the metropolis struggled to recover from the devastation of the Blitz and the Second World War.

The events were driven by a cast of colourful characters drawn from a remarkable generation forged by war, poverty and the relentless ambition to build a more just society. 'Radical London' describes how many of the issues at the centre of the storm, such as inequality, migration and affordable housing, remain at the centre of our political debates today.

The diarist (and later local councillor) Anthony Heap described walking around Holborn one Sunday morning after a raid to discover ‘the whole area has been virtually laid waste…The best part of Red Lion Street and Eagle Street were burned out.  Bedford Row had taken three direct hits and, as a piece de resistance, the whole of Theobalds Road (both sides)…had been brought to the ground.  The casualties must have been enormous.’  They were:  more than 1000 people were killed or injured in the raids and one seventh of all property in the borough was destroyed, including 600 homes.

The book covers the history of Holborn after the war and the struggle to reconstruct what had been a thriving community.  Titanic forces were ranged against those who wanted to rebuild Holborn for the people.  London was seized by a frenzy of commercial development after the war.  Office blocks sprang up on the bomb sites, not houses because commercial tenants paid higher rents.  This speculative development was fuelled by a Conservative government which rewarded city developers but gave little help to inner city local authorities.

In Holborn, for example, of 650 homes destroyed during the war only 266 had been replaced.    Labour argued that these were national problems which required national funding and that local councils should not be abandoned and left to clear up the mess of the war alone.   The Attlee government put a priority on house building and so flats like those on the Tybald estate were built on the bomb sites.  Unfortunately, when Labour lost power in 1951, the Tory government took a different view.   Central government grants for housing and slum clearance were pared back and each local authority to pick up the tab for building in their area.  In Tory controlled Holborn councillors were not prepared to spend on housing and many slums remained.

Local MP Lena Jeger explained the consequences to the House of Commons.  Her speech could have been written by Dickens but this was not Victorian Britain.  Jeger was describing life in a post-war Holborn slum.

'In them a family lives in one room, washing drying above the heads of the family as they eat their supper, coal in the box next to the table off which they are eating, children having to move their homework off the table because the mother wants to do the ironing.  A woman living in such circumstances has to take her children out for a walk on a snowy day so that her husband who is on night duty can get some quiet in order to sleep. Then there is the misery of shared lavatories, of the shared tap on the landing, the shared sink, the one gas cooker in the house which many women must share.'

Tory ministers in the 1950s argued that a free market would solve the housing problem in London.  This book demonstrates just how wrong they were then and why market forces alone will never solve the housing crisis in central London today.

You can find the book on the publishers website and also in Waterstones and at Amazon. Or be bold and pop along to Holborn Library Local Studies & Archives Centre and you can pick one up there. Just ask Tudor, our excellent local archivist.  HV says learn about our local history and support a local author.

Dr David Mathieson writes and teaches for a living.  He qualified as a solicitor for a firm in Grays Inn.  He later worked for many years as a political advisor to Holborn councillor and MP Frank Dobson and then for the late Robin Cook. David is a Londoner by birth and has lived off and on, in and around Holborn for over 30 years.