Have you seen the workmen?  Do you remember the consultation in January?  Well... the results are in and even faster, the approval for these works has already happened. 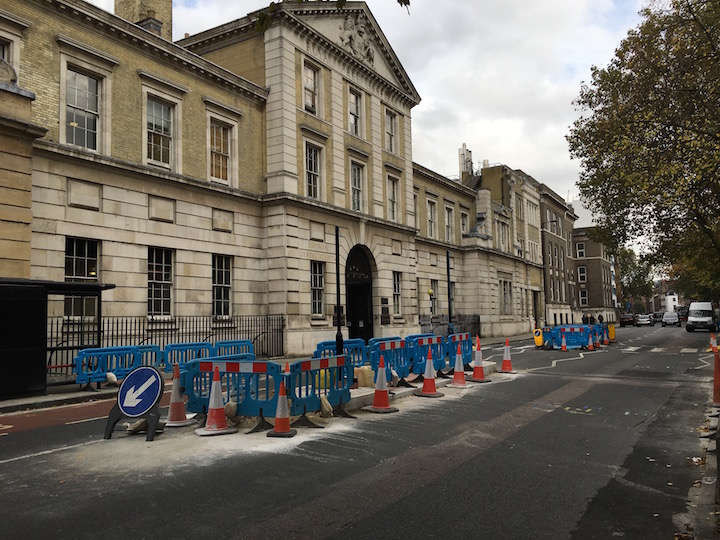 Overall, there is no reduction in resident parking or motorcycle parking bays. However, there is a reduction of 5 pay and display parking spaces.  Where loading is restricted due to the proposed double yellow lines with loading ban, sufficient lengths of single yellow line have been provided for loading purposes.

And just in case you're interested, said you didn't know, or wonder who took part in the consultation:

RESULTS OF THE PUBLIC CONSULTATION UNDERTAKEN

A total of 1,600 consultation letters were distributed to residents, businesses, local and statutory groups and Ward Members. In addition, the same consultation material was published online.  The consultation period ran from 26th November 2015 to 8th January 2016.

The table below shows the overall view on all the proposed changes from those who responded. Full details can be found in the decision report which can be accessed via https://consultations.wearecamden.org/culture-environment/pedestrian-crossing-bus-reliability-and-pavement-i-1