Are we in the middle of a cyclists' circle of death?

Blogger finds 14 women and no men killed in one area of Central London since 2001... nearly all by lorries

Cycling blogger Adrian of I Cycle Liverpool has uncovered the startling fact that in one sizeable area of Central London, 14 women – but no men – have been killed while riding bikes over the past 12 years, all but one by a lorry or bus.  The finding was made as he was analysing STATS19 data on cyclist fatalities over the last decade or so.

That zone extends from beyond the Kings Cross Gyratory in the north to Waterloo Bridge in the south, and from Fitzrovia in the west to the Barbican in the east.

And within that killer circle, 14 female cyclists – and women exclusively – have lost their lives from 2001 onwards, and in 13 of those incidents, the vehicle involved was a lorry or a bus.

The comments at the end of the blog are worth reading. 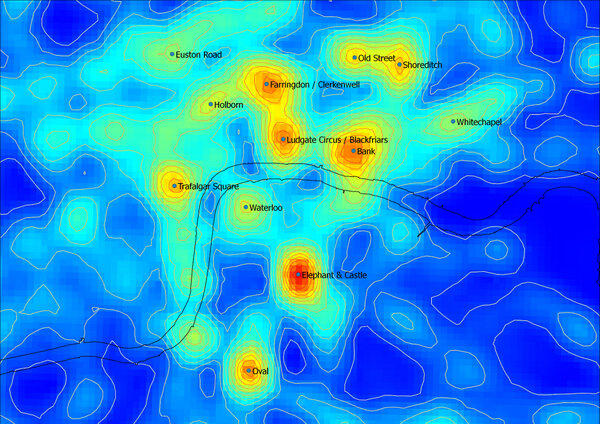 His blog explains how he did it.  http://drawingrings.blogspot.co.uk/2013/03/mapping-cyclist-casualty-concentrations.html

He makes this comment: This map does tell us some useful things: cycling casualties are heavily concentrated in central London, and judging by the linear patterns seem to be common on major roads too.

It's a reminder to take care on the roads.  Cycle safely, stop at red lights, don't cyel on the pavement and don't cycle down streets the wrong way.  But the biggest thing is beware of left turning vehicles - particularly lorries.