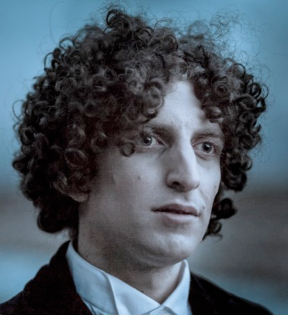 Over the course of the next year, he will be composing Symphony to a Lost Generation, an 80-minute choral symphony inspired by the First World War and its continuing relevance to our presence.

Its first performance will be by the Lithuanian State Symphony Orchestra under the baton of legendary conductor Gintaras Rinkevicius. Grammy-nominated producer Robert Harder will be recording the project, which will receive a world premiere in a major London outdoor space in August 2015.

Donen graduated with a first in English Literature at UCL in 2006 before turning to first songs and then classical music. Other major works include a libretto adaptation of Wilde’s Dorian Gray for Russian State Ballet, scheduled for performance in 2016, the puppet opera Jokasta, and The Bernhard Suite, an orchestral collaboration with The Cure’s Roger O’Donnell which received a highly lauded world premiere last October.

His work has received comparisons with Wagner and Sibelius. He himself describes his work as “an attempt to move beyond the ‘personal, private worlds’ that Webern ushered in, and return to tonality, all the while avoiding the trap of the kitsch. It is possible to write works on a very large scale that can be widely understood and felt.”

The award has been made by the Bloomsbury Association, who are proud to promote the area’s continuing cultural relevance as well as its cultural heritage.