A Message from the Met

Many of our residents are understandably concerned and frightened by these brazen moped enabled criminals. The thieves conceal their identities with balaclavas and full face helmets, wear generic clothing and ride stolen mopeds. They do not fear CCTV or witnesses. The crime takes place in a matter of seconds and the criminals flee to other parts of London. This often leaves those witnessing it with a sense that nothing is being done. 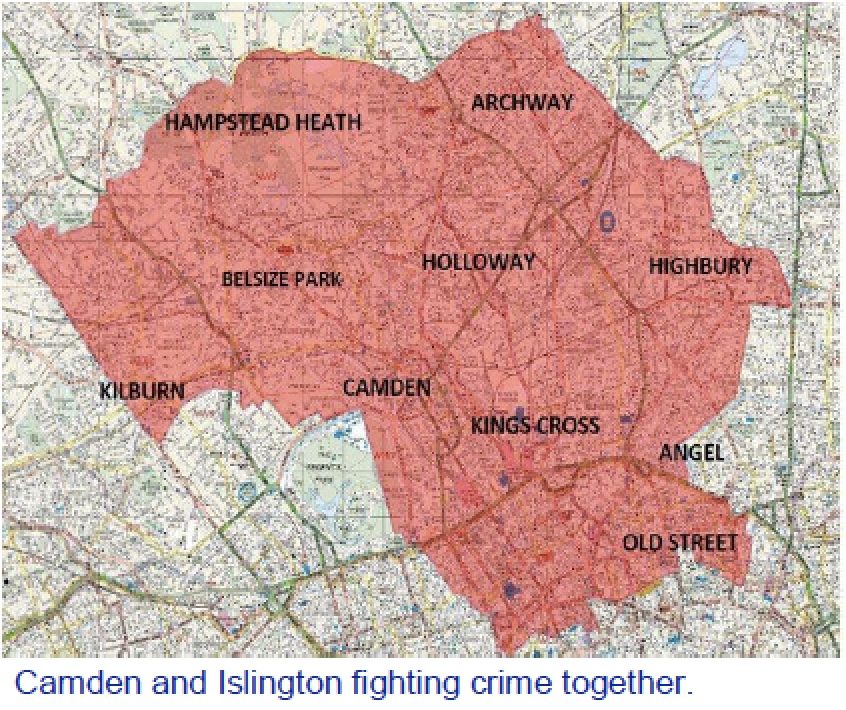 Why do they do it?

Young offenders are groomed by older criminals into this highly profitable crime which requires very little skill. It is not uncommon for children to start as young as 12. To the disadvantaged and those who have opted out of society; it is a very easy way to make fast cash with low risk of what they would perceive as ‘consequence’. As long as significant amounts of people are willing to purchase stolen phones or stolen parts, there will be a market for theft and this market is international. The thieves operate in groups and at least pairs. For them, this is a social activity which they enjoy and profit from.

It is common for youths caught doing this to be given referral orders and reoffending rates are high. Adult criminals are not so fortunate, for example Rhys Calender and Tyrone Deane were both sentenced to 3 years 4 months for a string of phone snatches. D/Inspector Greg Coates said “I am very pleased with today’s sentence, which is the result of some excellent operational police work, and diligent investigative work in order to remove these two criminals from the streets of London. Those who commit mobile phone thefts and robberies using mopeds are an organised criminal network who increase the fear of crime, endanger themselves and the general public, and cause widespread misery and financial loss. They should be under no illusion as to the commitment of my team and the MPS as a whole to put an end to their offending”.

What are we doing about it?

To tackle a crime we must understand it. We know who our moped criminals are. We are getting convictions but this alone does not deter someone who has opted for a criminal lifestyle and is making hundreds of pounds a day. We have recently had some strong sentences at court and we believe this will send out a message to other criminals. However, this message needs to be backed up with further arrests, convictions and custodial sentences.

It is widely believed that we cannot pursue, when in fact we can and do. Yes, there are restrictions and officers must be properly trained in pursuit tactics but the pursuit policy is clear. Where there is sufficient justification to minimise risk to the public from criminality” we can pursue. In fact, when we use the helicopter in a pursuit, we catch these criminals 70% of the time.

It is not all about pursuing though. Going back to why these criminals do it ‘because it’s easy’, we can all make it less easy. We are working with moped manufacturers to make mopeds harder to steal, encouraging moped owners to use locks, and working with our local council to put in ground anchors. We work with young people to deter them from crime and we are the first part of the Met to put officers in primary schools, in the hope of deterring the next generation from following this, or any other, criminal path. We are pioneering use of DNA spray that covers the criminal in an identifiable substance that cannot be washed off. Those arrested for other crimes can be checked for this substance. 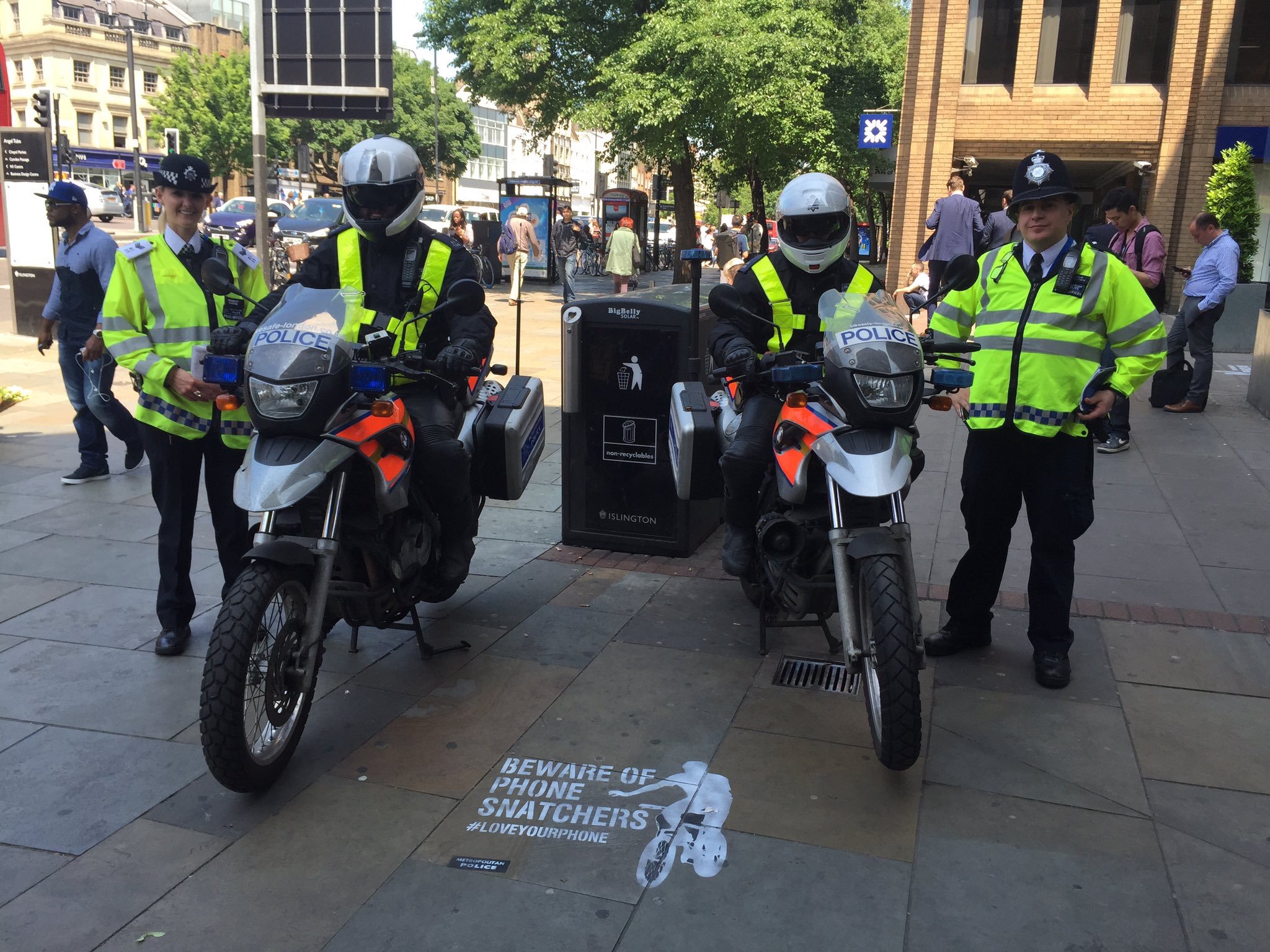 We have been allocated an additional 10 traffic cars to both boroughs with ‘Stinger’ trained officers. This allows us to safely deflate the tires on stolen mopeds as they flee. To help us get to those hard to reach places, alleyways and such like, we have four new motorbikes and they have been proving their worth. The moped criminals have been so frustrated by them that one of our brave officers was actually attacked with a large knife during a pursuit. Fortunately he was unharmed, but this highlights not only the total brazenness of these criminals but how frustrating they are finding our new tactics.

Commissioner Cressida Dick remarked “We have brought all our tactics and specialists together to use every ethical option to put a stop to the rise, arrest those responsible, disrupt offenders,  dismantle the criminal markets that make these offences lucrative and change the public’s behaviour to make them a part of our effort.”

What can you do?

Mobile phones are for mobile use and we understand that everyone should be able to live their lives without fear of crime. However, we live in a world where crime exists. If we are aware of that, we can make it less likely to fall at our door.

Modern phones are more than just for calls or texting and some people can spend hours on their devices. Unfortunately this includes when walking around central London and potentially into the path of criminals. Simply look around prior to and whilst using your phone and try not to become totally engrossed in whatever it is you happen to be using it for.

If you are going to use if for more than a few seconds, perhaps stop walking and lean against a wall or bus shelter and keep your phone tucked in away from the open road or pavement.  Using street furniture and other obstacles can make it much harder for these moped thieves to swoop passed and snatch your phone as they go.  Anything that makes it harder for moped thieves to surprise you, makes it harder for them to be effective.

Thieves are lazy and like easy. Lets work together to make it difficult for  them!

In an emergency call 999 or for non emergencies call 101 or or other methods below.

Via our new website (you can also report crime there): https://www.met.police.uk/

We have never been more contactable! You just need to know how.