Sometimes there is a silver lining… 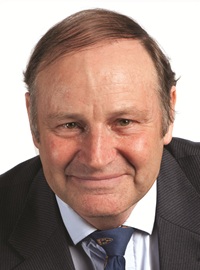 The Mayor of London had ambitious plans to part-pedestrianise Oxford Street and to tackle the appalling congestion at the infamous Swiss Cottage gyratory, but  Westminster City Council fought off both schemes with vigour. So the £50 million can go elsewhere.
And Camden was first in line with a bid for Holborn. Today the good news is that we have been allocated the sum we asked for.

The plan is to remove the Holborn gyratory and mesh in with the new entrance and exit to Holborn tube station proposed for Proctor Street. Additionally, there are plans to pedestrianise Great Russell Street to improve the setting for the British Museum.

Currently Holborn is, as you will know, dominated by traffic-congested streets, and suffering from a high number of collisions, as well as inadequate footway space and very poor cycling facilities.

Great Ormond Street Hospital has just launched its ‘Clean Air Hospital Framework’, pointing out that ‘air pollution is a public health crisis’ and Midtown have plans for a freight reduction scheme, so we hope for considerable coordination and support.

Consultation will start shortly with local residents to get the possible result from this successful bid.

A New Year greeting from your three councillors in Holborn and Covent Garden Ward. One more year and we are still grappling with the international ramifications of Trump (now shorn of the ‘adults’ in his entourage) and the suicidal tendencies of a looming ‘hard Brexit’ for the UK…...
Read More