A Message from BRAG

Over 1000 people against the trial

On 21st December 2016, a group from the committee of the Bloomsbury Residents’ Action Group (BRAG) handed our petition to Councillor Sarah Hayward, Leader of Camden Council.

Our petition calls for Camden Council to abandon the Tavistock-Torrington Place trial scheme, which has caused harm, inconvenience and distress to many residents of WC1.

Who matters most?
We are informed that 91% of the people who responded to the Council’s flawed consultation process (which took place during six weeks in the autumn) live outside the London Borough of Camden. 9.25% of respondents live in the borough – but where? And of the 61% Camden residents allegedly in favour of the scheme: in which ward do they actually live?

We know that 92% of those who signed the BRAG petition against the trial live in Camden. We also know that 71% of these residents live in very close proximity to Tavistock Place and experience the traffic scheme’s negative impact on a daily basis. [See map below]

Meetings with Councillors
We have had meetings with Cllr Jones and Camden officers to discuss the unsound reasoning for the Experimental Traffic Order and the flawed nature of the subsequent “consultation” exercise. This criticism was reiterated to Cllr Hayward when we handed in the petition. We have also submitted to Cllr Hayward’s office a dossier of evidence of the traffic chaos caused by this flawed scheme, which has resulted in increased pollution and danger to pedestrians, cyclists and other road users.

Cllr Hayward’s office has assured us that all our data has been distributed to the traffic officers working on the scheme. Cllr Hayward also agreed that officers will cross-check the names of people who signed our petition with those who responded to the official documentation.  We are adamant that everyone who has objected to the scheme should be included in the final analysis of respondents.

Local democracy
Removing westbound traffic from Tavistock Place has specifically impacted on residents in three WC1 wards: Bloomsbury, Kings Cross and Holborn & Covent Garden.  The scheme was put in place as a direct result of proposals for the West End Project but few residents, and none at all from the eastern end of the corridor, were involved in any prior public consultation. This is unacceptable. 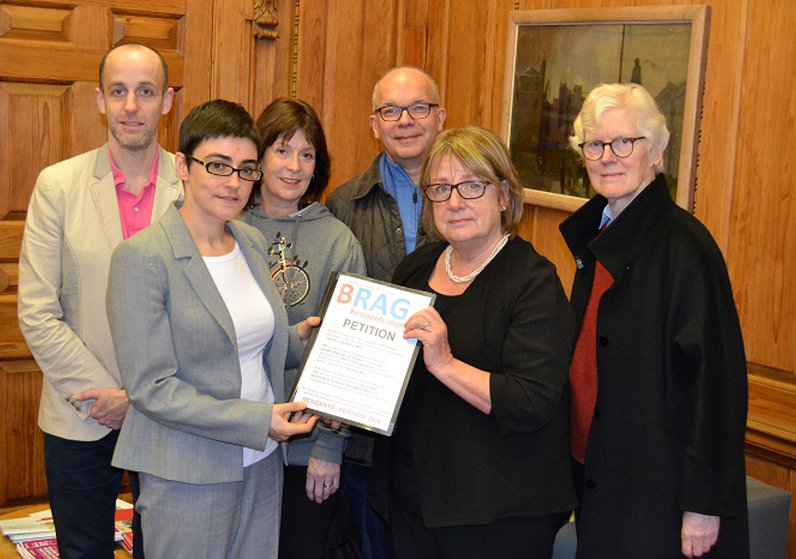 ‘Residents Matter’ is BRAG’s clarion call.  It is a principle that must be respected by all elected representatives.

We have left Kings Cross ward Councillors (Sarah Hayward, Jonathan Simpson and Abdul Hai) with the clear message that our community expects their support. 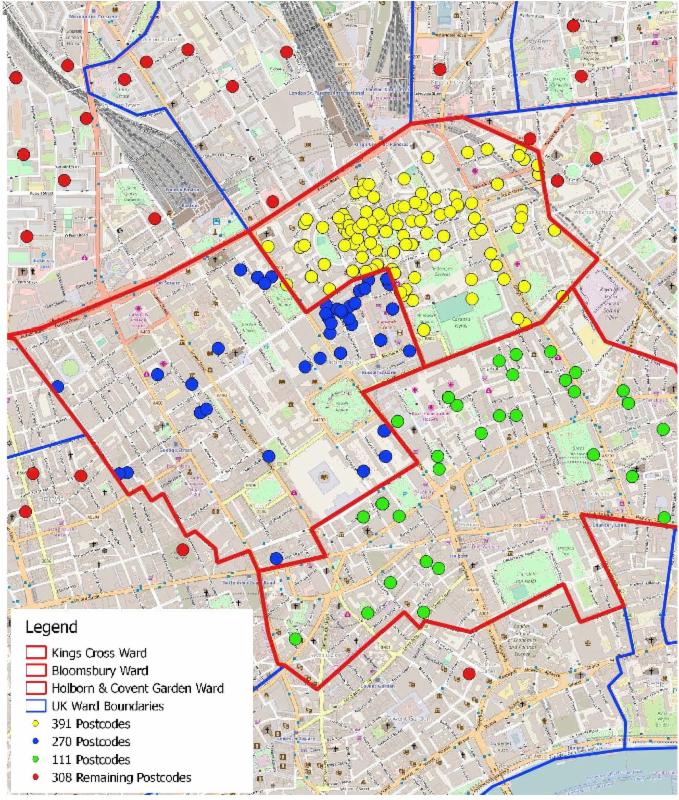